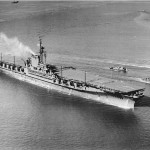 In telling the evacuation story, Kennedy relied too heavily, I believe, on U.S. Army Captain Stu Herrington, whose knowledge turned out to be limited.

Midway through the documentary he spoke of having set up a makeshift operation to smuggle Vietnamese onto outgoing flights during the final days of the war. “People like myself and others took the bull by the horns and organized an evacuation,” he said. But he could not recall what those “others” had done to further this “black” airlift. “We never got to the bottom of that,” he admitted, “and frankly we never pursued it.”

At this point Kennedy should have turned to someone better informed to fill in the blanks, for Herrington acknowledged that his own initial Vietnamese evacuees were self-described military deserters, and it has long been known that a group of very brave State Department and CIA personnel put their careers and lives on the line to spirit truly high risk Vietnamese to safety in defiance of the Ambassador’s orders.

She even left on the cutting room floor (as she later admitted to a reporter) the interview she had done with U.S. State Department officer Lionel Rosenblatt whose valiant efforts to slip imperiled Vietnamese onto early unauthorized evacuation flights even won praise from Kissinger after it was all over.

When does such selectivity become simply skewed reporting? Kennedy, in my view (as a long practicing journalist, my second career after the CIA), stepped over the line.

Sadly, there are other examples. At no point did she mention the corruption and failed leadership that condemned the South Vietnamese to defeat. Instead she let Kissinger and other interviewees blame Congress, American antiwar sentiment and “broken promises” from Washington. You may agree with that line of argument (I don’t), but it’s a political trope that should have been placed in some kind of balanced perspective.

She gave equally short shrift to Ambassador Martin’s deliberate and systematic suppression of key intelligence and early warning signals of impending disaster. I knew about this first hand as Martin’s principal intelligence briefer and from my contacts with the CIA’s top penetration agent, and I gave Kennedy plenty of background about it. She included a brief reference to Martin’s unwillingness to acknowledge bad news and the futility of last minute negotiations, but that was it.

And what about those seventy or so Americans killed or captured during April 1975? Included among them were the two Marines who died in the final bombardment of Saigon airbase, and the brave souls who perished in the crash of the huge cargo aircraft dedicated to the “babylift” of Amerasian children much despised by the Communists.

Kennedy ignores the crash, its victims and the other casualties of similarly courageous efforts to do right by our Vietnamese allies. 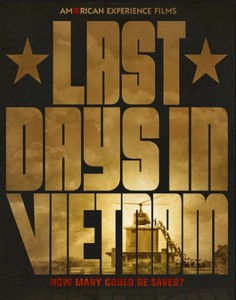 That’s a lot of blank spaces in what she claims is a documentary about our “Last Days in Vietnam.”

Given her name, and the attention her documentary has received with its Oscar nomination, there’s a good chance those blank spaces will become part of the permanent record. That’s not a happy prospect for those of us concerned about history repeating itself.