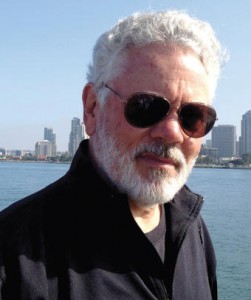 Frank Snepp ’65, ’68 SIPA, seen in this recent photo from San Diego, had a career with the CIA and now is an investigative journalist in Los Angeles. PHOTO: COURTESY FRANK SNEPP ’65, ’68 SIPA

Frank Snepp ’65, ’68 SIPA stood on the roof of the U.S. embassy in Saigon. It was April 30, 1975. In a few minutes, the last CIA chopper would evacuate him to the U.S.S. Denver. The North Vietnamese were shelling the city. The air was filled with smoke as hundreds of South Vietnamese struggled in vain to enter the embassy and board a flight. Bowing to the inevitable, Snepp boarded the helicopter, knowing that he was abandon­ing friends and colleagues to the North Vietnamese.

The Fall of Saigon would be a decisive moment for Snepp. An­gered by how the CIA and State Department had handled the evacuation, he would become one of the CIA’s first whistle­blowers, and his legal battle to publish his exposé would go all the way to the Supreme Court. Afterward, he would become an award-winning investigative journalist, exposing corruption on the national and local levels. Snepp could not have predicted the path his career would take, but he knows that it started at Columbia.

Born in Kinston, N.C., Snepp came to Columbia as a self-described conservative South-erner with a taste for “drunken saber duels” with Princeton students. Columbia offered him unique opportunities: He attended lectures by Henry Kissinger and Zbigniew Brzez­inski, and was a publicity sec­retary for Jacques Barzun ’27, ’32 GSAS, I.I. Rabi ’27 GSAS and Lionel Trilling ’25, ’38 GSAS when they went on lecture tours. Most importantly, the Morningside Heights campus exposed Snepp to people with backgrounds he had never encountered. “Colum­bia is such a terrific institution for anyone who wants to go into government or journalism, because you’re always rub­bing against the rough edge of reality,” he says. “It teaches you to be tolerant, it teaches you to be watchful, it teaches you to understand the values of people who don’t look like you … a will­ingness to keep your eyes open for other people’s truths.”

After studying Elizabethan literature, Snepp spent a year at CBS News as a desk assis­tant for Walter Cronkite and Mike Wallace. He then re­turned to Columbia to study at the School of International Affairs (SIA, now SIPA).

Snepp’s politics and aca­demic specialization made him a strong candidate for the CIA. He was recruited by SIA’s Associate Dean Philip Mosely, who had helped shape America’s post-WWII foreign policy and was one of the world’s leading authorities on So­viet affairs. “[Mosely] said, ‘Frank, I don’t think you’re sophisticated enough to be in the State Department. How would you like to be a spy?’” Snepp agreed.

After a year in Europe, the CIA detailed Snepp to Vietnam in 1969. Turning down the traditional two-year assignment rotation, he remained in-country, becoming one of the Saigon station’s top experts in North Vietnamese strategy and psychology. Unusually for the agency, he was both a desk analyst and a field op­erative, running a key network of informants. It was difficult, dangerous work that exposed him to the underside of the war and placed him in morally am­biguous situations. He helped South Vietnamese President Nguyen Van Thieu flee Saigon in the middle of the night with suitcases full of gold; he was almost killed by an American soldier for providing medicine to a wounded prisoner; and he interrogated high-ranking pris­oners, including Colonel Nguyen Van Tai, a top Communist operative who had come south to coordinate North Vietnam’s counterintelligence and terror network in Saigon. 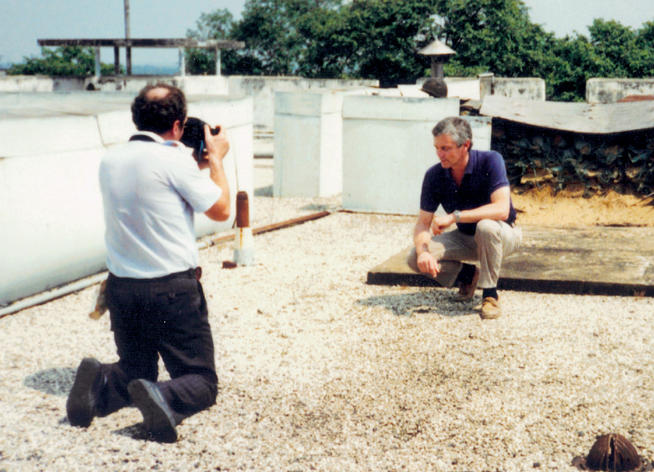 A BBC TV crew member films Snepp in 1991 on the roof of the U.S. Embassy in Saigon for a documentary. PHOTO: COURTESY FRANK SNEPP ’65, ’68 SIPA

As he spent more and more time in-country, Snepp’s views on the war and America’s involvement began to change. “I loved the people, but I loathed the [South Vietnamese] govern­ment,” he says. He saw fellow staffers at the U.S. Embassy who “threw up their hands” and descended into booze and drugs, and he encountered spectacular corruption among the South Vietnamese elite.

Snepp’s disenchantment was made complete by the evacuation of American forces from Vietnam. The evacuation removed American personnel and some Vietnamese safely, but it left behind hundreds, per­haps thousands, of Vietnamese “assets” who had worked for the United States, often at great risk. Snepp believed that mis­management, arrogance and political pressure at the CIA and State Department had aban­doned these men and women to the harsh treatment of the invading North Vietnamese. For him, the loss was personal. “Some dear friends didn’t get out, and killed themselves.”

Once stateside, Snepp was awarded the CIA’s Medal of Mer­it for his analyses during the last months of the war. He pushed the CIA to investigate and report on the failures of the evacua­tion and to organize a rescue of its Vietnamese partners. After being rebuffed for a year, he quit the agency and wrote Decent Interval, a book documenting the evacuation and his time in Saigon. A.J. “Jack” Langguth, chief of The New York Times’ Saigon bureau during the war, is unequivocal about Decent Interval’s impact. “I’m not par­ticularly sympathetic to Frank’s former employer [the CIA],” he says, “but I think Frank’s book is the single finest record of that shameful episode.”

Published in 1977, Decent Interval provided one of the earliest of several revelations about the agency, and the CIA sued Snepp to prevent publica­tion. In 1980, the case reached the Supreme Court; Snepp lost. The consequences were devastating. Decent Interval had already been published but the agency seized the book’s royal­ties. “One day [he] had $300,000 in the bank, the next day [he] had nothing,” says Langguth.

That year, Snepp became an investigative journalist. For the next two decades, he contributed to periodicals such as The New York Times, Granta, McCall’s, Village Voice, The Washington Post, Playboy and Newsday. With Wallace’s help he returned to broadcast news, working with local news stations in Southern California and nationally with ABC’s World News Tonight (1987–92), CBS (2003–05) and NBC, beginning in 2005. Working for World News Tonight in 1987, he confirmed that the Iran/Con­tra conspiracy was backed by the Reagan administration by getting Eugene Hasenfus, the surviv­ing crew member of a downed Sandinista cargo transport, to confirm that he had signed a government secrecy agreement. Snepp won an Emmy in 1997 for his investigation of Mexican drug trafficking; and in 2006, he won a Peabody award for “Burning Questions,” an exposé of Los Angeles’ Playa Vista housing development, which had been sited over a toxic landfill. Now living in Southern California, Snepp focuses on new journal­ism projects and on raising his young daughter. (“My hope is that she’ll go to Columbia, and that she won’t become an actress.”)

As a journalist and an intel­ligence analyst, Snepp says that he sees “information as an instrument of change”; his heroes are Wallace and national security journalist Seymour “Sy” Hersh. He credits Columbia with his belief in the power of knowledge: “Columbia teaches you that seeking the truth is the responsibility of every thinking person. During the worst days of Vietnam, it made me realize that if I could get the truth out, it would make a difference.”

When asked about modern-day whistleblowers such as Julian Assange and Bradley Manning, Snepp is careful to draw distinctions. “You can walk into a newspaper office and blow every­thing you know and mow down everyone, and I’m not sure that’s worthwhile. The WikiLeaks people and Manning seem to be nihilists, and I don’t understand that.”

Nevertheless, Snepp is unwavering in his belief that it is vital to expose the truth, no matter what the personal cost. “If we don’t have genuine whistleblowers who are will­ing to stand up, we’re in real trouble. But you’ll get trashed. No one loves a whistleblower.”

Langguth sees things a little differently. For him, Decent In­terval is on par with the leaking of the Pentagon Papers by Dan­iel Ellsberg in 1971. Ultimately, he says, “people will give Frank the kind of acclaim that Ellsberg gets now.”

Ted Rabinowitz ’87 is a copy-writer and author. His first novel, The Wrong Sword, was published last year by Musa Books under the pen name Ted Mendelssohn.